Moving on, or leaving Vegas for The Good Wife

Vegas the TV show ended. I didn’t take it well. All the usual suspects: shock, confusion and bewilderment. You know what comes next, sadness, lethargy, anxiety, depression.

There were a precious few episodes that didn’t get deleted. But it was over and I knew it. Onward, but to what? I tried this and that but with no real satisfaction.

Then one day I saw an ad on TV for The Good Wife. What got my attention was Mr. Big from Sex and the City.

Chris Noth as Mr. Big in Sex and the City

Mr. Big didn’t treat Carrie very well. Would he somehow redeem himself and turn out to be her prince after all? Year after year I waited. They were difficult years.

After the TV show ended the story continued in the movies. Would karma finally catch up with him? It didn’t.

But there was light at the end of that tunnel. Maybe karma doesn’t always arrive in a lifetime. As I was soon to discover, Mr. Big was not so big after all. And the void in my TV viewing life was about to be filled by The Good Wife, a lawyer show. I’ve liked lawyer shows ever since Perry Mason.  And then there was LA Law, Ally McBeal, and Boston Legal.

So Mr. Big is a lawyer now.

As it turned out, The Good Wife offered more than just another look at Mr. Big, a lot more.

I kept the faith, believed in a higher power and CBS came to the rescue. 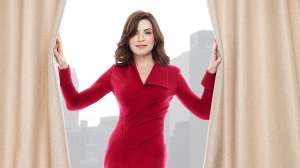 Married to, yes, Mr. Big reinvented as The Bad Husband: 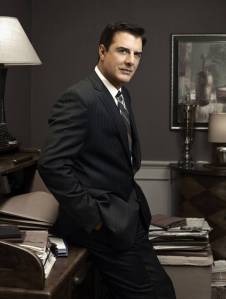 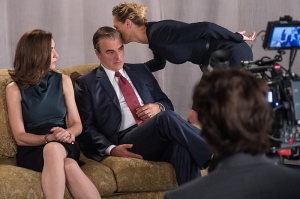 There he is, seated next to his wife…wait a minute. I don’t like the look of this.

The thing about karma though… 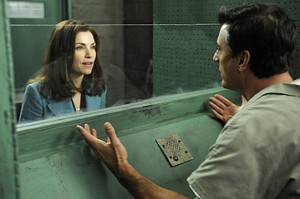 Meanwhile, his good wife is out and about, working to support the family. 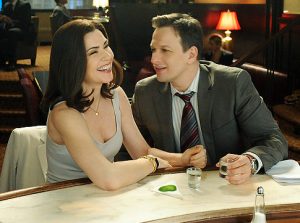 Alicia Florrick with her boss Will Gardner, played by Josh Charles

All work and no play make for a dull day. 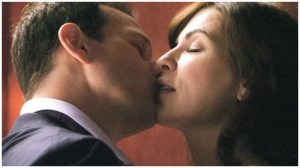 Never mind, Alicia deserves a little fun after that husband of hers took full advantage of the accoutrements at his office. So Mr. hot shot philandering man about town Big, all the lying and cheating finally caught up with you.

Here is a lady I haven’t seen since the sitcom Cybill ended in the 90s. She just keeps getting better. 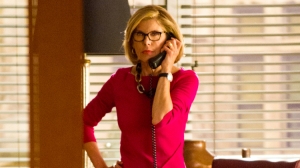 Christine Baranski as Diane Lockhart, a senior partner at the firm

These lawyers do go to court sometimes [yawn]. 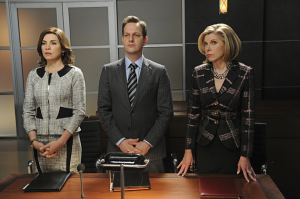 Peter Florrick’s campaign manager, Eli Gold, managing a crisis as only he can. 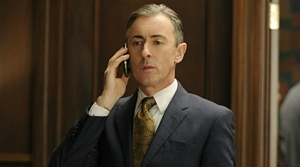 Honourable mention to bad guy Lemond Bishop. There is always tension when Lemond is around. Easy on the eyes tension. 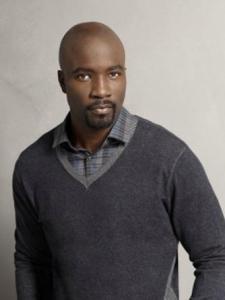 Many recurring guests weave their way through the episodes.  Some of my favourites:  Michael J. Fox, Rita Wilson, Stockard Channing, Nathan Lane.

This season we meet Johnny Elfman, hired by Eli to work on Alicia’s campaign for State’s Attorney. 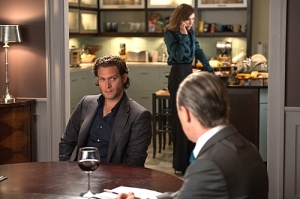 I wonder what is in store for Alica. 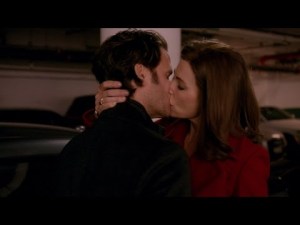