Equestrian:  (noun) a rider or performer on horseback [Oxford Dictionary]

OVER 200 HORSES WILL BE COMPETING IN 3 CLASSIFICATIONS:  DRESSAGE, JUMPING AND CROSS COUNTRY.

I’m sorry, what? I thought the Olympic Games are for humans. Horses want to compete in the Olympics?  They aren’t perfectly content galloping in the wild?

Ian Millar on the back of Star Power

Don’t you agree Star Power would be a lot happier without Ian Miller on his back, and without that bit in his mouth?

one of the more gentle bits, the mullen [Wikipedia] 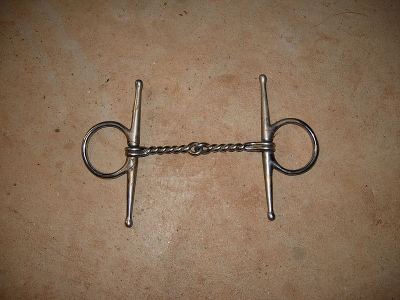 how would you like someone pulling back on this in your mouth? -the wire snaffle [Wikimedia Commons]

“Equestrian:  The only Olympic sport in which men and women compete against each other on a level playing field.”   [Rio 2016 web site]

That is, horses’ backs.

Dressage (performing a routine by memory), jumping, and cross country [an “endurance” test “to prove the speed, endurance and jumping ability” Wikipedia] should go ahead with just the riders, poshed up in their riding boots, pants, jackets and hats.

As spectacular as this looks, imagine how much more pleasurable, challenging it will be without the horse:

Henrik Von Eckermann [the rider] in the 2012 Olympics

Take the equus out of equestrian.

Hands clenched as if holding reins;

Traversing the course in a galloping gait.

Wouldn’t you really rather see that red jacketed competitor assuming the position?

Riders (an archaic term used before animals were banned from Olympic competition):

A hush falls through the crowd.

A pistol fires. And they’re off! 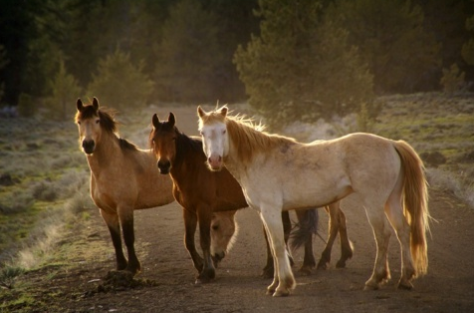